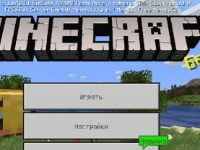 Download Minecraft PE 1.14.2.51 Buzzy Bees for free on Android: some enhancements will make the playing experience better once again.

Mojang Studios will soon release the Buzzy Bees update to the broader public, which means the upcoming betas are going to be quite small and contain only bug fixes.

For example, the game could crash once opened. Minecraft PE 1.14.2.51 is to change that. No longer will users suffer from this plague.

Exhausting crashes and back-breaking lags are no longer a thing in this update.

At least, that’s what developers promised us.

MCPE 1.14.2.51 is that type of a beta where there is a lot of stuff related to the addons or map-making. This time, for example, particles’ space will pick up the right rotation of the body once teleported.

On the other hand, a honey block is an excellent addition for our brave creators who are not afraid to experiment. It turns out that gooey construction material attaches mobs and items.

Besides, it inherited a slime block’s ability to move blocks as well, meaning this block opens limitless possibilities in Redstone engineering in Minecraft PE 1.14.2.51.

Minecraft Bedrock Edition 1.14.2.51 does all its best to make every platform work perfectly. Windows 10, Xbox One, and PS4 are now less likely to suddenly quit without saving the progress.

By the way, some players were reporting that some Marketplace goods were acting not the way they should. “Extreme Speed Runner,” for example, could not load correctly on some platforms.

Besides, Character Creator has finally appeared in the game, which is good news for everyone who enjoys adjusting their skins.

Whereas of Buzzy Bees Update, there are these fluffy flying insects in Minecraft PE 1.14.2.51.

Now, you can become a honey-harvester and collect honeycombs and other stuff in the game.