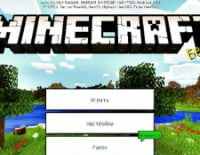 Download Minecraft PE 1.14.0.4 Buzzy Bees for free on Android: there are new mobs to meet, blocks to build with, and lots of other stuff.

Well, Mojang Studios have never announced the upcoming BuYou hggggzzy Bees update, so the arrival of those fluffy creatures was a quite unexpecting and thrilling thing to experience.

Now, with the release of Minecraft PE 1.14.0.4, we will get to play with honey bottles and something more exciting. The game has also started working a little better.

The previous versions were quite old-fashioned and quite meagre when it comes to performance. Minecraft PE 1.14.0.4, on the other hand, deals with it fairly outstanding.

First things first, there is honey in the game. It’s been added a few betas earlier, but now it blooms in its true beauty. For example, you can stack honey bottles up to 16.

Tip: you need to place a campfire under the bee nest before you actually dare to collect precious honey from it.

MCPE 1.14.0.4 has also made it possible to get honey by recycling a honey block. All you need to do is combine one honey block with four empty bottles.

By the way, its texture changed to match the Java Edition’s one.

The infinite pest, the peskiest scourge of Minecraft PE 1.14.0.4 have always been and are the crashes. This everlasting problem has been following the game since its release.

Nonetheless, the developers have never given up on solving this irksome trouble. This time, for instance, they tried repairing the possible crash that might appear when a player opens a Character Creator.

Note: Character Creator is a new tool in MCPE 1.14.0.4, which allows you to customize your character however you want.

The “Body Guard” achievement is possible to be obtained once again. There was a gormless mistake that prevented users to fully relish their gameplay.