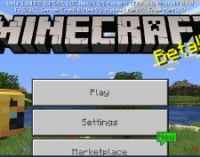 Mojang has released the second beta version of the Buzzy Bees Update as unexpected as the update announcement.

This time the changes are a bit different.
Additionally, most of the improvements are usually related to the Village & Pillage Update. For example, patrols no longer spawn in the Nether or the End in Minecraft PE 1.14.0.2.

Last time we’ve got quite a few impressive bee-related blocks. These are nests, hives, honeycomb, and honey blocks. However, the last one has changed a bit in MCPE 1.14.0.2.

First of all, they do not stick to slime blocks when pushed by a piston.

It means engineers can finally reveal their true selves since this block is fantastic in contraptions building.

It moves blocks, items, and even mobs when pushed, meaning you can create whole conveyers and other stuff like it. Honey block promises a new and bright future for the Redstone in Minecraft PE 1.14.0.2.

By the way, a honey block now has a bit different texture since it’s been redesigned to match the Java Edition version. The honeycomb blocks have changed as well.

You will have to use four honeycombs instead of nine if you want to craft these delightful blocks in MCPE 1.14.0.2.
Furthermore, even good old slime blocks do look different. Currently, they are matching its Java Edition version.

Did you know that if you are playing a beta version of the game, there’ll be a “Beta” sigh underneath the Minecraft PE 1.14.0.2 sign?

Just as reminder bees are now in the game. They fly around the perennials in plains and flower forests of MCPE 1.14.0.2. You can even breed them using those plants.

But you need to build a house for them. It is a beehive. You can craft it from planks and honeycombs that can be harvested by clicking the bee nest with shears.

Plant some flowers, and bees will be doing great gathering pollen and making honey for you.